Yorna v1.2 is up for download! Aside from the new story content and usual puzzle & treasure hunting, you’ll find 2 new monster girls and 2 H scenes with them. Hanako wants to stage a diversion so kitsune could finish the Sealing ritual while Ayane and Ada will serve as baits. Isn’t it a bit risky?

You can get the new version here.

Kitsune’s optional questline received the next step – get inside the great furball library and see if you can get valuable knowledge from it with Ayane. This includes a labyrinth zone and a small puzzle.

The new puzzle is fairly simple and uses sudoku logic with a clear hint in the puzzle zone. Since the last one was pretty ambiguous, let’s take a break :) v1.2 will also bring a new type of activities – trap tracks. Since some players prefer more active gameplay, I decide to try out old good traps.

It uses new logic, never implemented in Yorna before. After entering the trap track map, you’ll notice a new GUI element – a health bar. If Ada gets caught in the trap, she’ll use a charge to teleport back to a nearby safe position. Losing all 3 will kick you out of the active zone. Keep an eye out for a way to restore it! Also, it would be great to hear your thoughts on this idea – should I do more of there or it doesn’t fit in Yorna?

Another puzzle awaits in the kitsune library. It’s a rather simple “push” puzzle where you need to clear a path to the prizes by pushed obstacles away and not blocking the path in the meantime.

This update introduces 2 new mini scenes with monster girls, both located in Ada’s camp on Ikko island. The first one features Sarana and her “sweet revenge” on you. The second one is focused on Idris (Raiju) and her lewd reputation.

Several zones received additional ambiance tracks in v1.2 to improve the atmosphere as a test rollout. Based on players’ feedback, I’ll either delete these or add them to all other zones. Such tracks use BGM’s volume level. The full list includes pier maps on both islands, pine forests on Ikko island + the main one and both gardens in kitsune temples.

Added a new item called “Recall scroll”. After using it, you will be able to pick one of the safe zones like Grey castle or Hanako’s temple and Ada will teleport there. Full list of safe zones: Grey castle, Sand Town, Ayane’s shrine, Coast camp on Ikko island and Hanako’s temple. Some locations will be available after advancing the plot far enough. Alchemists and magic vendors sell these scrolls.

Added new “Cleanse” potions named “Gaia’s Tear”. Similar to the “Cleanse” skill, they will remove most of the debuffs after drinking and you can do so even under “Silence” effect.

Added shimmering effect to the teleport sphere in Ada’s room. Some players had problems finding it – I hope this will help.

Fixed Chilly Ridge zone. Now, it correctly plays background music if players load up a save there.

Improved Jinko’s box sprite by adding details to her walking animation. She’s no longer sliding in her stealth suit. Mrawr!

Players can’t sell the shovel anymore since some did so before trying to dig up something. In case you already did this – you can get another one on Sand Town’s bazaar.

Fixed mansion’s basement. Now the scenes there won’t reset after drinking herbal tea or lust drafts. This way, players can obtain both normal and lewd variations for H scenes in this zone.

Rebalanced “Fire Enchantment” skill. It no longer gets bonus damage from the magic attack stat but received extra physical damage scaling as compensation. It’s more or less on par with “Force Wave” from mages. “Overpower” is the top damage option yet at a higher mana cost.

Fixed domination and “But Why?” achievements for Steam. Now you can properly get them.

Forced Leary to stand still in the garden so she couldn’t appear twice at Titania’s cutscene.

Coast camp’s teleporter no longer requires action button to activate. Touching it is enough to trigger the teleportation back to the castle. Also, fixed the orb in Ada’s room (both versions). It no longer changes into a tube.

Fixed older cutscenes in Ada’s room (both versions). After adding a new way to get into the room (teleporter from the Ikko island) I didn’t think about the old cutscenes that required strict player positioning. Now, you can watch all of them without getting stuck.

Stay tuned for news and don’t forget to participate in the new monster girl poll! As always, if you don’t like something about the game – tell me and if you like Yorna – tell your friends ^^ 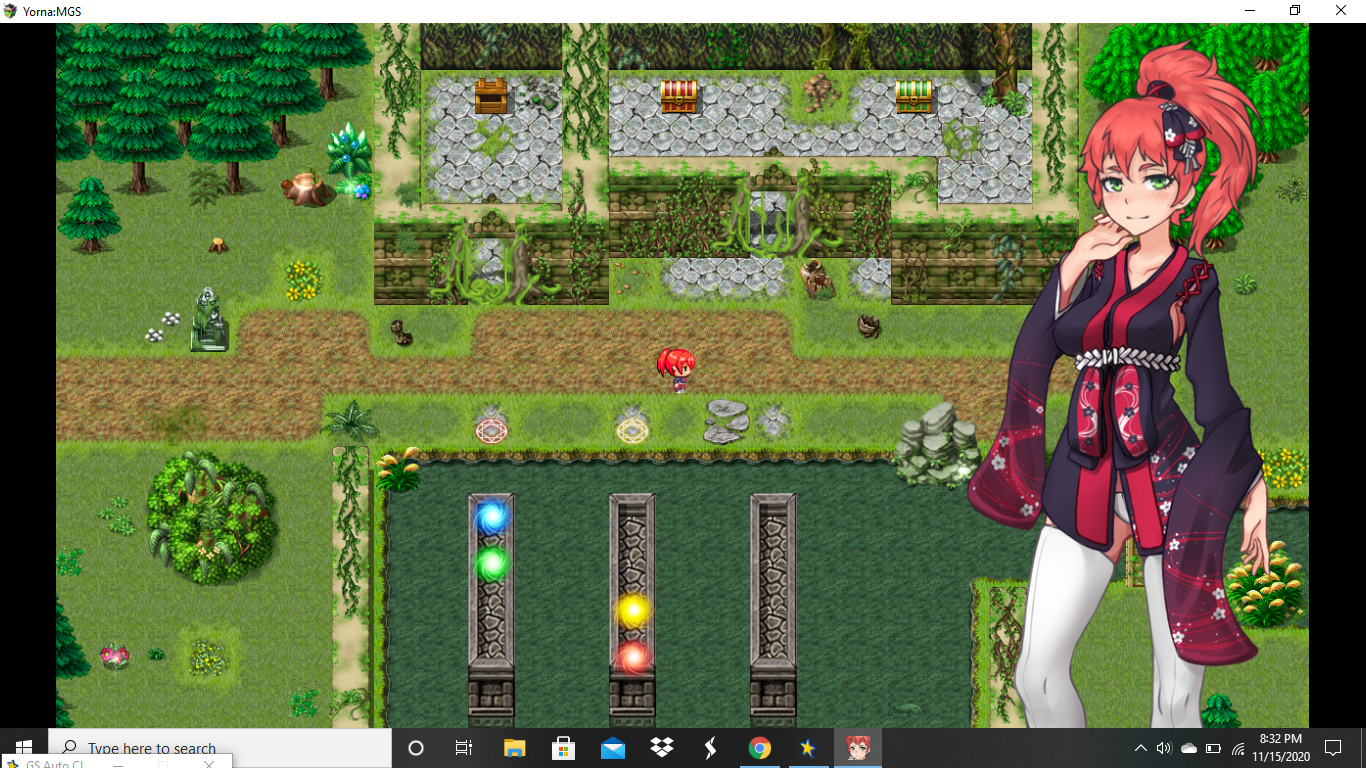 anyone know how to complete this puzzle
Reply
SPEEDY30031 year ago

That's not a problem since Itch didn't receive the public update for v1.2 yet, You can check the release waves for v1.2 here.

ah ok my bad - so this was the non-public release then? in that case the wording was a bit unused - other developers I know mostly would name that then private release or something similiar
well anyway thanks for the reply and have a nice day/night/watever timezone you are in